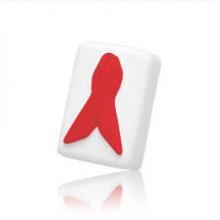 A family with a boy who suffers from Hemophilia “A”.Hemophilia “A” is the most common type of hemophilia. It is also known as factor VIII deficiency or classic hemophilia. It is largely an inherited disorder in which one of the proteins needed to form blood clots is missing or reduced.
When a person with hemophilia is injured, he does not bleed harder or faster than a person without hemophilia, he bleeds longer. Small cuts or surface bruises are usually not a problem, but more traumatic injuries may result in serious problems and potential disability (called "bleeding episodes").

Inorder to prevent bleeding, one needs 20 doses of factor VIII, which accounts for 500 international units per month at a unit cost of $500.
This family is in need as their source of income is very limited due to the fact that the father has a health condition called epilepsy and the mother was recently diagnosed with breast cancer.

Your donation will save the life of the boy who counts on these doses to survive: